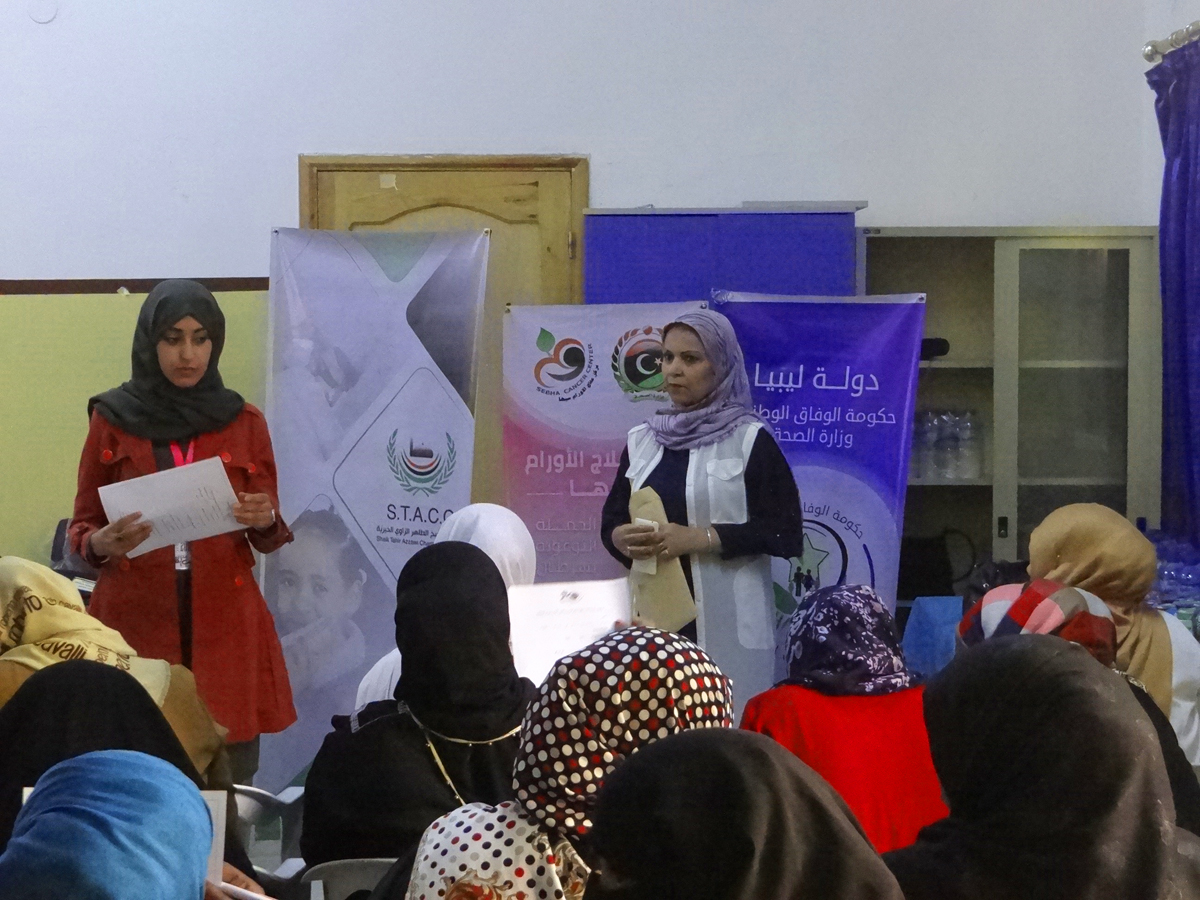 Sebha – Libya
As part of the campaign (You are life) to raise awareness of breast cancer, an awareness session was held in the new clinic hall in Sabha city, which is supervised by a group of civil society institutions under the auspices of the city’s Oncology Center.

This session was organized under the supervision of the Sheikh Al-Taher Al-Zawi Charitable Foundation, office / Sebha, in cooperation with the National Assembly in Fezzan.
The session targeted 40 women from different neighborhoods of the city in addition to the displaced category. Detailed information was presented and presented about the symptoms and causes of the disease and its prevention, in addition to free detection of the disease for all attendees.