Training course on the mechanism of work of humanitarian organizations 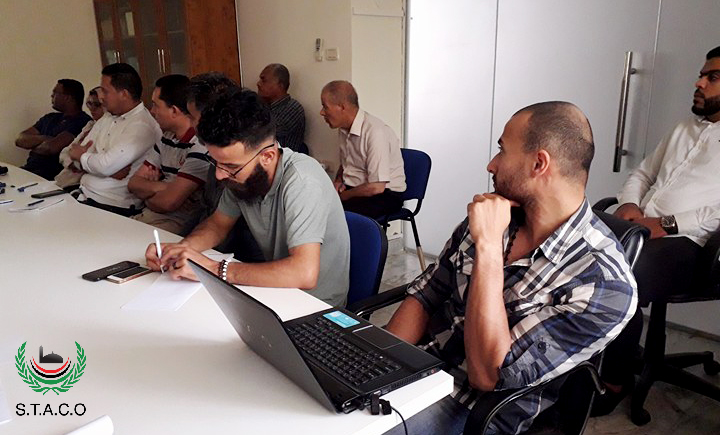 The Sheikh Al-Taher Al-Zawi Charitable Foundation STACO, in cooperation with the Humanitarian Relief Authority, Human Rights and Freedoms (IHH), organized a one-day training course for the Foundation’s workers on the mechanism of work of humanitarian organizations, under the supervision of Azza Shaheen, responsible for humanitarian diplomacy at IHH, and Jihad Kamel, lawyer and head of the Human Rights and Justice Movement Association in Turki is a member of the IHH’s management, and Mustafa Talha is a member of the IHH’s Diplomatic and Humanitarian Relations Department.

During the course, the methods of inspection and examination were thoroughly acquainted with to ensure the credibility and seriousness of the individuals and donor institutions, which intend to build a partnership with the Staco Foundation, and the procedures that must be taken in the event of a refusal to deal with one of the applicants.

The trainers also discussed the mechanism of work of the IHH Humanitarian Relief Foundation, and the principles of the institution’s work, which are characterized by sincerity, humanity, independence, transparency, responsibility, respect and justice. The Turkish Authority’s work fields were also highlighted, which are limited to war and crisis areas, natural disasters, poor areas, humanitarian aid, humanitarian diplomacy and human rights.

It is noteworthy that IHH has been working since its establishment in 1992 until today to reach war zones, conflicts and natural disasters around the world, to provide relief to victims and persecuted people, and to provide aid to the needy and displaced, without any discrimination between religion, race, language or nationality; Based on the principle of dissemination and protection of human rights and freedoms.

The commission began its activity on a voluntary basis, and it continued to do so until it acquired its institutional character in 1995. Over the years, it was a humanitarian bridge, starting from Turkey and reaching 135 countries on 5 continents.