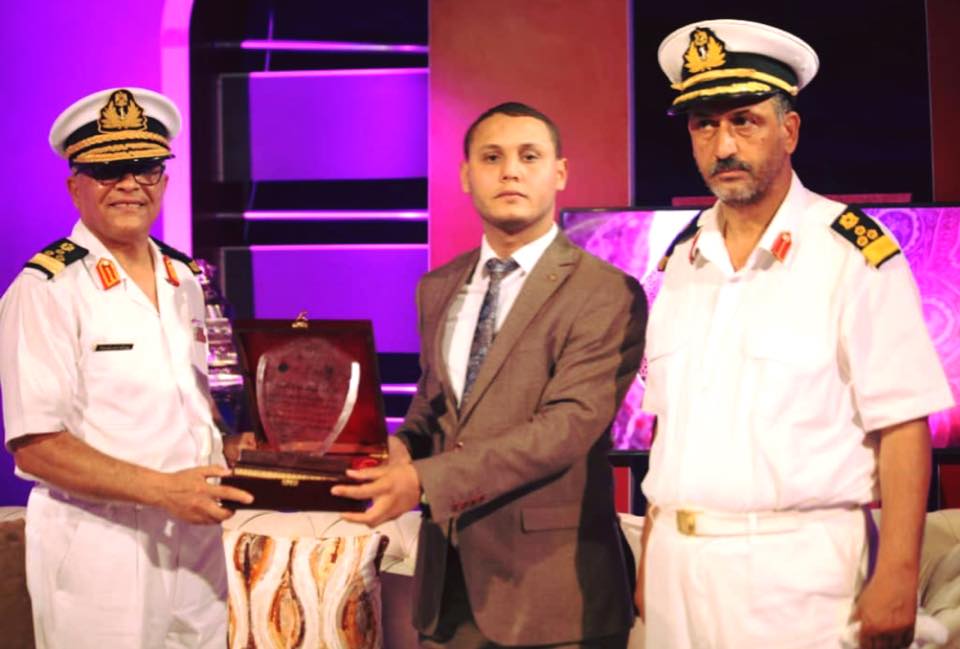 At the conclusion of the television program (Ramadan Kareem), in which a segment (Wafaa) is presented under the auspices of the Sheikh Al-Taher Al-Zawi Charitable Foundation to honor fifteen Libyan personalities from all regions and cities of our dear homeland who are creative and distinguished, and for everyone who has a footprint in this good land, literary, cultural or human. .

In the presence of the Chairman of the Board of Directors, Engineer Salem Al-Qamoudi, the (Coast Guard and Port Security Agency) was honored and the foundation’s shield was handed over for their effective role and complementary work with the Coast Guard General Department in preserving the security of the marine environment from any pollutants and in appreciation of their distinguished efforts in thwarting many smuggling attempts.

Mr. Al-Qamoudi stressed that “the men of the Coast Guard are the always vigilant eyes on the security of our territorial waters, the fortress in the face of challenges and dangers, and the ultimate sword for anyone who dares to transgress the law or threaten the country’s security.”
Al-Qamoudi stressed the need to continue working in the spirit of one team and imposing security control in the territorial waters, stressing that “honoring means greater responsibility and heavier burdens.”
He also praised their efforts and their humanitarian duty to rescue irregular migrants along the Libyan coast and the territorial waters of the state.

The Chairman of the Board Salem Al-Qamoudi, in his hosting of the program, also stated about the foundation’s goals and future plans in the charitable and humanitarian field and the relief aspect in particular, and the sustainable development projects that it is implementing in the country, and stressed that all efforts and capabilities are available to achieve this, as the Staco Foundation is considered one of the largest state charity in this field.